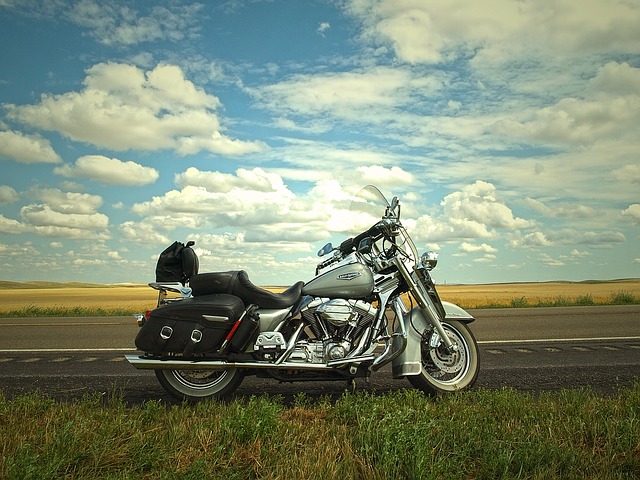 The motorcycle has been around in one incarnation or other since the mid 1800’s but it wasn’t until around the Second World War that the motortcycle became more than just transportation, it became part of our culture.  Movies like The Great Escape and Easy Rider made the motorcycle as symbol of rebellion and freedom and the brand Harley Davidson cemented that into our ideals.  Let’s have a look at how that evolved.

Brief History of the Modern Motorcycle

After WWI motorized transportation became the norm and motorcycle sales across the US and Europe started booming and it was around this time there were dozens of manufacturers but the upcoming Great Depression would force many of them out of business.  The market would be fairly idle until after the Second World War.

Post WWII
Motorcycles sales once again start booming and this is when Japan first enter the domestic market where they will grow to become the most dominant player in the industry.

1953
One of the first classic biker films, The Wild One featuring film star Marlon Brando as the leader of a biker gang and this is where the motorcycle starts to symbolize freedom and rebellion.

1958
Yamaha released its first bike to the American market.

1960s-70s
This is the era of the baby boomer and they embrace motorcycles like no other generation before or since.  They created one of the biggest sales booms in the history of the modern motorcycle.

1962
Honda tries to change the image of the motorcycle rider from rebel to average person.  Working with Grey Advertising they launch a campaign with the slogan “You Meet the Nicest People on a Honda”.  This worked for them as Japanese bikes are more often associated now with racing and street riding and brands like Harley Davidson and Indian are more attached to biker culture.

1963
The first of the iconic motorcycle movies, The Great Escape is released.  Starring Steve McQueen, whose character jumps a 60 foot fence with a motorcycle.  In 1969 Easy Rider is released establishing the motorcycle as part of the outlaw culture.

1969
Honda releases the CB750 the first 4-cylinder overhead cam engine, this is the birth of the “superbike”.

Throughout the 70’s, 80’s and 90’s motorcycles continue to evolve getting faster, more aerodynamic and fuel efficient.  Bikes evolve into separate specialties such as touring bikes, dirt bikes, and racing bikes.  Then in 1998 the first electric motorcycle is born and motorcycle technology changes again.

That sums up a brief history of the modern motorcycle.  Motorcycles are still a big part of our culture and they still represent the rebel an the adrenaline junkie and they probably always will be.